Evaluating the Success of Mine Reclamation


« Back to Mine Reclamation

What’s on this page:

Please help these resources grow by editing this page or adding and answering questions!

More on evaluating mine reclamation from Public Lab contributors 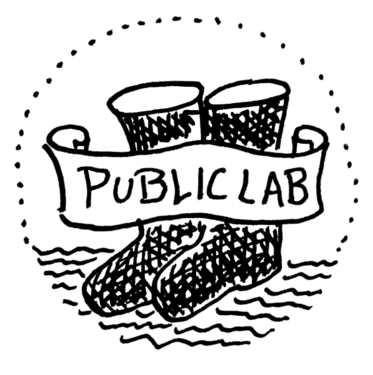 What are observable signs of improper reclamation practices at or around mining sites?

What are plausible uses for reclaimed mining land? What happens when the mining stops? Focus on Reclamation

Soil Health as an Indicator of Reclamation Success

At its core, reclamation is an effort to restore harm done to a mined land’s soil health. Damage to soil from mining may include: altering microbial communities, changing soil horizon and structure, destruction of vegetation, upsetting nutrient cycling, & changing soil pH.

After a reclamation plan has been carried out, it is important to evaluate how successful reclamation efforts have been. This evaluation can help inform future reclamation plans, help communities take action against a mining company, & formulate next steps as needed to return soils to a healthy state.

Oftentimes, revegetation of mined areas is seen as successful reclamation. While revegetation is a useful tool for preventing soil erosion and encouraging soil health, it is not the end all be all. When evaluating the quality of a reclamation project, simply seeing plant life on the site is not enough to deem a reclamation effort successful. Several other factors are at play: is the vegetation native and can it thrive without human intervention, is the soil healthy (too acidic, are nutrient cycles reestablished, is the incredibly important microbial community functioning and have mycorrhizal relationships been reestablished?). Instead, a broader ecosystem perspective and analysis of soil health will provide a much more useful understanding of the state of the land, the quality of reclamation efforts, and the future viability & productivity of the reclaimed area.

From an ecosystem perspective, success of reclamation can be assessed by comparing previously mined land to similar undisturbed sites. From this holistic perspective, there is no one metric that may deem a reclaimed site “good” or “bad.” Instead, “several parameters must be considered in order to determine the state and functionality of the soil system” (Soil Reclamation of Abandoned Mine Land by Revegetation: A Review). These parameters play into overall soil health and include metrics such as nutrient availability, the presence of microbial life and bacteria, and soil aggregation.

The sections below give an overview of methods specifically used for determining soil health of reclaimed lands. However, any methodology testing an aspect of a soil’s health (such as these resources on soil-contaminant-testing & soil-sampling) will give a good indication of reclamation success.

Bioassays of soils for mycorrhizal fungi

What is a mycorrhiza?

A mycorrhiza is a “mutualistic association between plants and fungi” (source). Mycorrhizal fungi (fungi that participate in this association with plants) live in soil and grow on plant roots. The relationship benefits both the fungi and the plant: the fungus cannot fix its own carbon, so it instead gets this crucial element from the plant via the roots; the fungus returns the favor by absorbing nutrients from the soil that the plant (due to its shallower and thicker roots) cannot obtain itself. Passing these nutrients onto the plant via the roots, the mycorrhizal fungi improve the growth and fitness of the individual plant.

Rather than assuming reclamation success by the simple presence of vegetation, testing soil for mycorrhizal activity offers a good indication of the health of the plants present and the viability of continued soil and vegetation health. Presence of mycorrhizal fungi signals healthy soil and successful reclamation efforts while lack thereof may necessitate further intervention. What is a bioassay?

In general, a bioassay is a method that uses plants, animals, or other living things to measure the harmful effects of environmental pollution. For more info on bioassays, check out this wiki. In this case, growth of a mycorrhizal plant (a plant that will form an association with mycorrhizal fungi) is used as an indication of the presence of mycorrhizal fungi in the soil.

This methodology can be used either indirectly (prior to revegetation, a test sample of soil is taken) or directly (plants from reclaimed land are collected). The indirect method may be useful for planning revegetation efforts or making the case that soil health is subpar, revegetation will not be viable, and other efforts to improve soil health must be taken. Direct testing is useful when revegetation is already underway (perhaps by the mining company itself) and you want to know more about soil quality and how plant life may fare in the long run.

A known amount of test soil is collected and mixed with standard, sterile soil. This mixture is then seeded with a mycorrhizal plant and left to grow. After a known period of time, the plant is harvested and 2 different metrics may be used to assess mycorrhizal activity:

The direct method is carried out in the same manner as the indirect, just using plants taken directly from the reclamation site. At given time intervals, plants are collected from the revegetation/reclamation site and the MIP is calculated (#1 above)

Dehydrogenase is a soil enzyme & has been used as a sensitive indicator of soil quality in degraded soils like that of previously mined areas. Soil enzymes speed up the decomposition of plant residue and the recycling of important nutrients like nitrogen, phosphorus, and carbon (Importance Of Soil Enzymes & Classes Of Soil Enzyme). Soil enzymes respond to changes in the soil long before other soil quality indicators will be detectable, so measuring dehydrogenase is a great method to pick up on problems in the soil of reclaimed mining land early.

More information on this method may be found here:

If you do find that reclamation efforts have been inadequate, there are a number of natural ways to improve soil health of previously mined land:

17 notes
created by bhamster 11 months ago

65 notes
created by bhamster 9 months ago

0 notes
created by laurel_mire 11 months ago