This variation on the thermal flashlight uses a cheaper thermistor instead of a non-contact IR th...


« Back to Thermal photography

This variation on the thermal flashlight uses a cheaper thermistor instead of a non-contact IR thermometer ($20), but can only detect the temperature of things the sensor is literally touching. 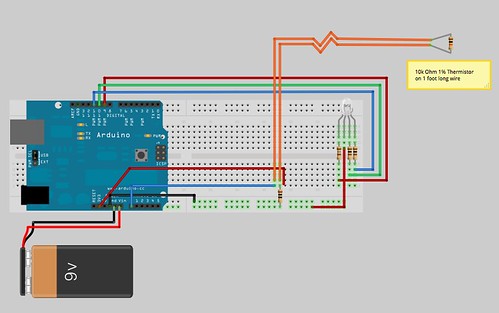 Here is one, assembled: 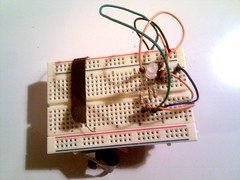 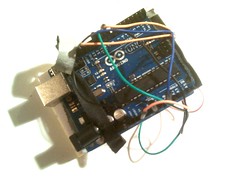 The idea is to put this in a waterproof container with the the thermistor poking through the outside (but not letting water in) and to "cast" this into a waterway while taking a long-exposure photograph. This will create a "light painting" where the colors describe the temperature of the water at that location. Eymund Diegel has been doing some good sketches of this, focusing on a version where you drag the package around on the bottom of the canal, but the light is on the surface of the water (this will allow mapping of bottom temperatures, but will require more waterproofing). 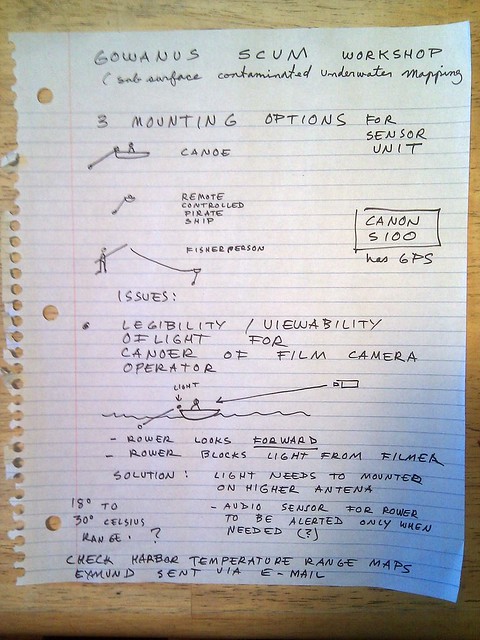 34 notes
created by warren over 3 years ago