This page describes how to set up a camera to repeatedly/continuously take pictures during balloo... Either you want to map a large area by moving around during the flight, or want to get the best images, it is best to shoot more pictures than needed with a large memory card, 4gb+.

The continuous shooting mode is different for each camera, but most function the same, hold down the shutter and they keep clicking. Physically holding the shutter down in continuous shot mode is the easiest method, as described elow.

Some cameras can be programmatically, such as Canons using the Canon Hack Development Kit (CHDK). Some Canons can also also be triggered by infrared remote control codes, useful for stereo or near infrared camera pairs, along with Stereo DataMaker. Cris Benton and others use motors to trigger the camera.

Super Simple- Holding Down the Shutter

This is for use with the PET Bottle Rig

Instead of using a balled up piece of tape, a pebble, or some other thing to hold down my camera's shutter, I've gone to using a knot. This makes it easy to hold in place, and makes setting it easier. I prefer a rubber band, but tape also holds it down. tape may be more useful for bulging, non rectangular cameras.

My Canon SD1000 needs the rubber band tripled up to hold it in place: 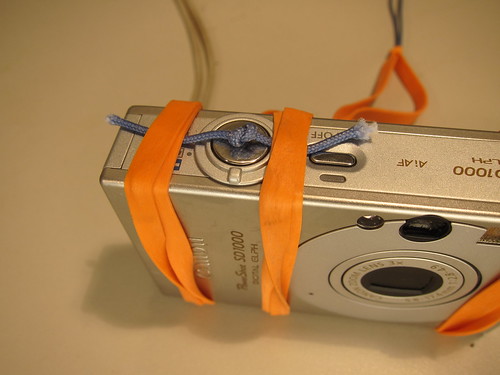 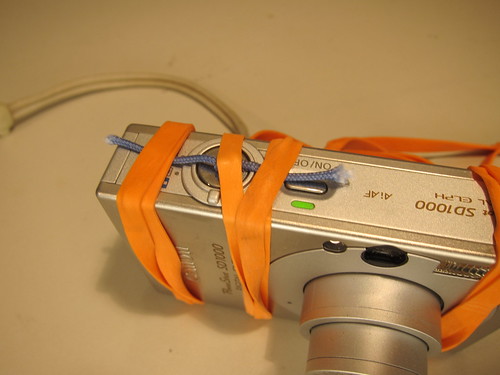 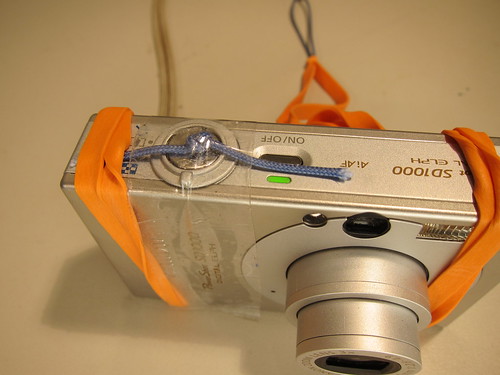