Planning page for the IRCam project, for a hackable, dual-webcam, Raspberry Pi-based point-and-sh...

Although our use case would primarily be aerial, we should frame the IRCam as a primarily on-the-ground, simple point and shoot camera, and that rather than position it as a niche product for grassroots mappers, we should recast it as a simple camera that lets you see how healthy plants are. This means that our primary audience would potentially be home gardeners, and I see that as a great opportunity to reach a less-geeky, less technical demographic.

The main idea though is to imagine a gardener seeing this, rather than an engineer. How can we appeal to that large demographic? Wouldn't it be nice to have lots of gardeners and farmers in addition to all the techies we already attract?

Scott Eustis said something really interesting to me, which was that regulators treat NRG imagery like "the tea leaves", i.e. anyone can walk in with a Google map these days, but somehow NRG is a language of power for coastal management. I'd love to talk about that in the KS pitch. The idea is that for relatively low cost ($60) we could make a "hacker's camera" with both infrared and regular webcams built around a raspberry pi, which when you take a picture, auto-composites the two images into NDVI and NRG. So you're left with an SD card with precomposited images, as if it were a regular digital camera.

For basic use, it's dead simple -- its a point and shoot camera that takes infrared composites. Later, we could add all sorts of other functionality: 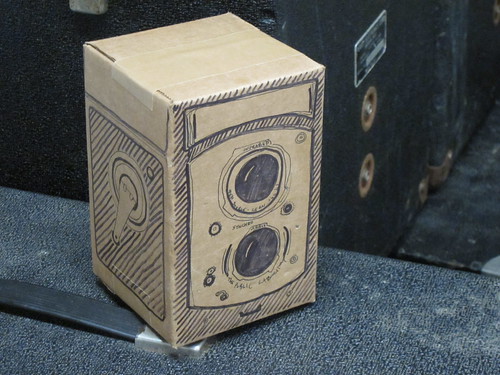 Case will probably be approx 3"x5"x2". There could be several cases:

All 4 might have built-in eye-bolts for hanging from a camera and/or building a Picavet suspension. 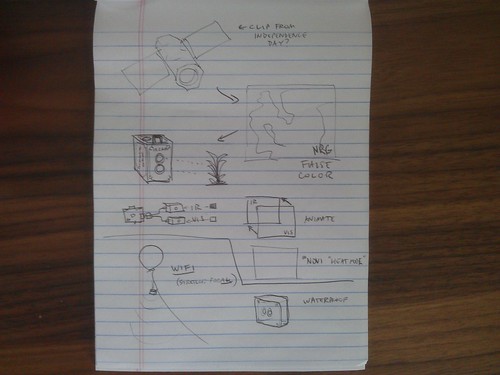 Video clips we can use

can we do a papercraft thing???

343 notes
created by warren about 10 years ago