What Acting quickly in repsonse to a windfall of freshwater marsh plants, inspired staff of Coal...

Acting quickly in repsonse to a windfall of freshwater marsh plants, inspired staff of Coalition to Restore Coastal Louisiana, Sierra Club, Lower 9 CESD, Common Ground Relief: Wetlands, GroundworkNOLA, and Gulf Restoration Network planted accessible areas of the Bayou Bienvenue Wetlands Triangle by the Caffin Ave Platform. The planting strip is a linear feature off a recent road placed to maintain the steel I-wall that is part of the Orleans parish levee system.

[ i'll put some of the facebook discussion up here]

Given the low winds predicted for the day, Scott Eustis (well, me) prepared a balloon for mapping of the abruptly planned planting event. the publiclab 9 ft delta kite was available in case of a change in wind.

weather was sunny, wind 0-5 from the north. dust flew from the southern scrap pile early in the day.

focus on the camera, Canon 1400 powershot, was descent. the rig was a squared juice bottle with UV proof rubber bands.

the balloon was re-used, with some of the same helium from months before, from the nature center flight. a leak in the balloon near the neck of the balloon was patched with black gaffer's tape, reinforced with cheap duct tape.

canoe was piloted out from the ROW to compensate for the wind, to safeguard against the string hitting powerlines. as the wind dropped, the balloon tracked too far north, and the canoe was piloted back toward the ROW, but there may be gaps in the map of the planting. 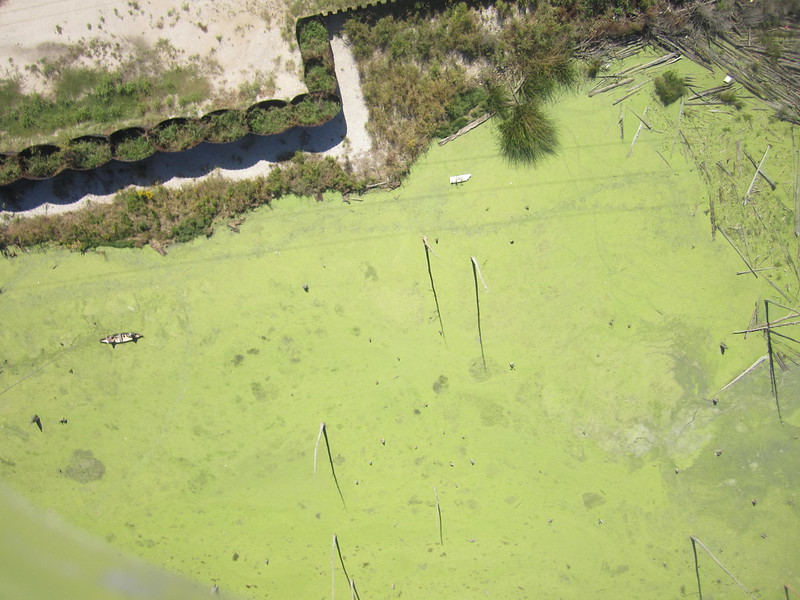 eustatic commented about 9 years ago

it took me 8 hours to stitch this.

184 notes
created by Shannon over 9 years ago

509 notes
created by eustatic over 9 years ago