Kite Photo of Pollution from United Bulk terminal We gained a new perspective on the ongoing pol... We gained a new perspective on the ongoing pollution from the United Bulk terminal using a "Little Bear" Delta kite.

It was a sunny, windy day with uncommonly steady, strong wind at the sweet spot of 15 miles per hour.

We walked the levee and put the kite up. On account of the excellent conditions, the kite "sank" into the air like an anchor, actually much steadier than any balloon I've ever flown. This is also a testament to the quality of the kite model, I think, which is made to lift laundry.

the picture below was taken within two minutes. All pictures were taken in ten minutes, and the camera put away before the sheriff arrived.

It's important to note that

in the future, I plan on modifying the soda bottle rig to capture obliques. I find that the breen box / picavet is commonly too heavy for Gulf Coast's irregular winds.

Below is the re-post from Healthygulf.org 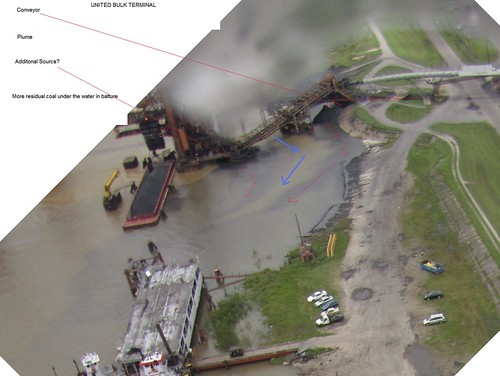 A few fridays ago, I and Devin Martin of Sierra Club Delta Chapter walked the river to find coal and pet coke washing into the batture.

On previous trips we had seen both mineral coal and slimy coal tar downstream of United Bulk, and watched as a river otter fed on blue crab in the anchorage of an array of barges.

We walked the levee along the blackened river and flew a kite to gain perspective on the source of the discharges lazily spewing from a coal conveyor. Click here to see how United Bulk is polluting the river with Coal and Petroleum Coke.

Although a mystery to us from google earth photography,which has been wonderful at documenting the long-negligent practices of the terminal, the little pile of petroleum coke building up in the batture of the flooded riverbank was apparent from the kite photos.

Our public watchdogs shouldn't stand for this.  Although we live in an area saturated with chemical plants, Petroleum Coke should still be considered a pollutant significant enough for the attention of the Coast Guard. United Bulk is not allowed to just let their waste into our river. When cleaning up the pile would only require simple mechanical fixes--like a cover on the conveyor belt, companies like United Bulk can easily do more to keep it clean.

Sadly, it's up to us, the citizens ourselves, that must enforce the environmental laws. As of press time, we still haven't heard from DEQ on what is happening at this conveyor, and why it's so dirty. 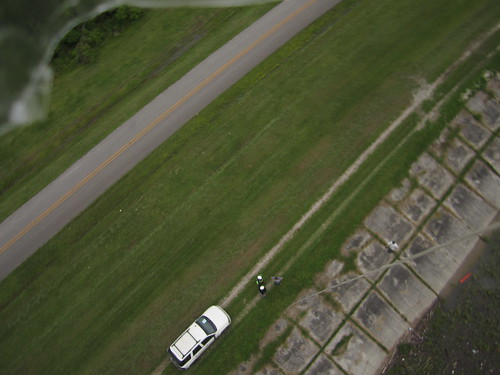 Although the plant manager doesn't like it, it's unquestionably legal to stand on public property and take photos of United Bulk's pollution. 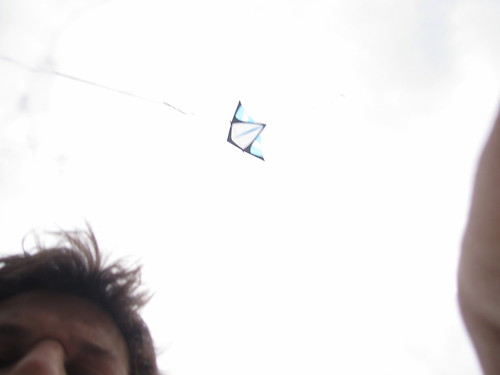 A photo of the kite used to catch United Bulk in the act. 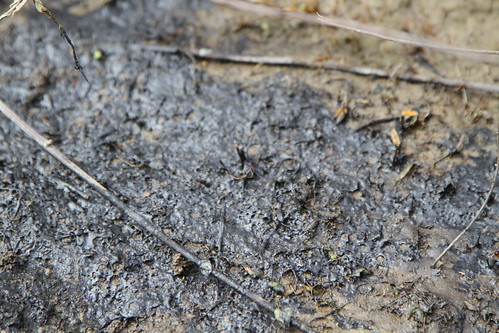 tarry substance in the batture at United Bulk

Just wanted to link up this old post with the great followup summary here: https://publiclab.org/wiki/stories#United+Bulk+Coal+Terminal+Monitoring

184 notes
created by Shannon over 9 years ago

421 notes
created by warren over 9 years ago

1 notes
created by warren over 5 years ago