Yesterday I tried to increase the resolution of spectrometer 3.0 by making an even thinner slit, ... Yesterday I tried to increase the resolution of spectrometer 3.0 by making an even thinner slit, which was not to difficult to do. I then found that there is a limit to how small a slit can usefully be- too small, and not enough light enters the device to create a visibly useful spectrum. Last week I was able to take a couple really good spectrum of fluorescent light bulbs, but review the photos I took, only one or two were of this quality out of dozens taken- I wans't sure what cause these photos to come out so crisp. Just looking into the spectrometer, could the spectrum was consistently sharp, so it was the camera being inconsistent. I spent an afternoon trying to find what camera settings resulted in sharper photos, and I spent some time making sure there was zero light pollution in the device. The setting that had most effect on sharpness was the ISO setting- lower settings led to less blurring, but still not to the degree of clarity that I had achieved last week. Going back through the dozens of photos I found that the crisp ones actually had the most light pollution- the camera had trouble with the large contrast between the spectrum bands, and the black background. After some trial and error, I found cutting a large slit into the side of the device, seen

achieved the desired light pollution, and I was able to create consistently sharp

including a couple more photos taken with this additional light pollution.

Also, I finally got around to dissecting a DVD to see if it would be a higher resolution grating than a CD. I had to pry apart two plastic layers, in which the foil is encased. The bottom layer did not act as a transmission grating, but might work as a reflective grating. The upper layer might have been useful, if the label wasn't painted on- no way to remove physically without scratching the plastic- this seems common to most DVDs. Could be a good reflective grating. 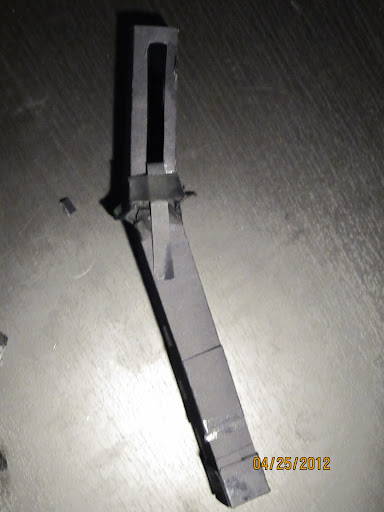 3 notes
created by liz over 4 years ago