Hi everyone! My name is Will, and I'm one of two Winter 2020 Outreachy Interns with Public Lab. I... Hi everyone! My name is Will, and I'm one of two Winter 2020 Outreachy Interns with Public Lab. I just finished two weeks on the job.

Outreachy is organizing my internship. Twice a year, Outreachy places multiple paid internships with free and open-source software projects like Public Lab, Mozilla, and Wikimedia Foundation. All of the interns come from backgrounds that are typically underrepresented in tech. Also many of the interns come from diverse international backgrounds. The Winter 2020 cohort of Outreachy Interns includes people living in: Ecuador, Sri Lanka, Uganda, Cameroon, Nepal, Egypt, Krygyzstan, and a bunch of other countries.

I feel very lucky for many reasons to have been chosen as one of Public Lab's Outreachy Interns, along with the amazing Ruth who posted her first blog here.

First, I know from browsing through other intern proposals that many of the applicants were very experienced, some having already worked as software engineers and web developers in other settings. For me, this internship marks the first time that I'll be getting paid for my work as a developer.

I haven't had much luck applying to jobs as a self-taught developer. I've assumed this is because other job applicants have degrees in Computer Science, are bootcamp grads, or have extensive work experience. Working for Public Lab will be an invaluable learning experience I'd be hard-pressed to find elsewhere. I'm excited that I'll be able to receive some direct guidance from my mentors Jeffrey, Cess, Sagarpreet, and others here at Public Lab. Direct mentorship is priceless. I hope that my experience and learning here will lead to interesting places down the road. In short, I'm determined to make the most of it!

Second, I also feel lucky that Outreachy placed me with an organization that is in-line with my values and interests. I believe that humanity's care of the planet is one of, if not the most important issue of my generation. I've had the good luck to travel outside of the US multiple times, including to the Philippines (where I was born and where my parents grew up), and Peru (twice). I've often felt grief upon seeing how our modern global culture pollutes, spoils, and neglects rainforests, oceans, and beaches that were relatively pristine just two generations ago.

Public Lab has a really interesting approach to environmental issues in that they encourage environmental monitoring at the grassroots level. As a programmer, I like the idea that the technology I work on can be applied to such an important issue, and can be empowering for the people who use it (rather than abstracting, confusing, and exploitative as a lot of modern tech is).

Some final snippets about me for context: I am a Filipino trans developer (pronouns: he/him) in my 30s living in Oakland, California, United States. I bike around everywhere. I love the massive system of regional parks and trails here in the East Bay, and in California in general.

One of my strengths is that I've had jobs in a wide variety of contexts, and have a wide variety of interests. In my lifetime, I've been a suicide prevention counselor, cook, poet & playwright, youth fishing & crabbing instructor, and so many other things. I am an enthusiast of world and indigenous music: for example, I play kulintang, a music indigenous to the Southern Philippines.

Every two weeks, I'm going to be blogging here to keep track of my progress and respond to prompts from the Outreachy team. The prompt for this week is...

If I had to pick three Core Values, the ones I'd say I aspire to are: persistence, transparency, and beauty.

I think persistence is crucial in learning how to program. In 2015, my initial impetus to learn JavaScript programming came from a wolf-shaped jigsaw puzzle with 1000+ pieces. 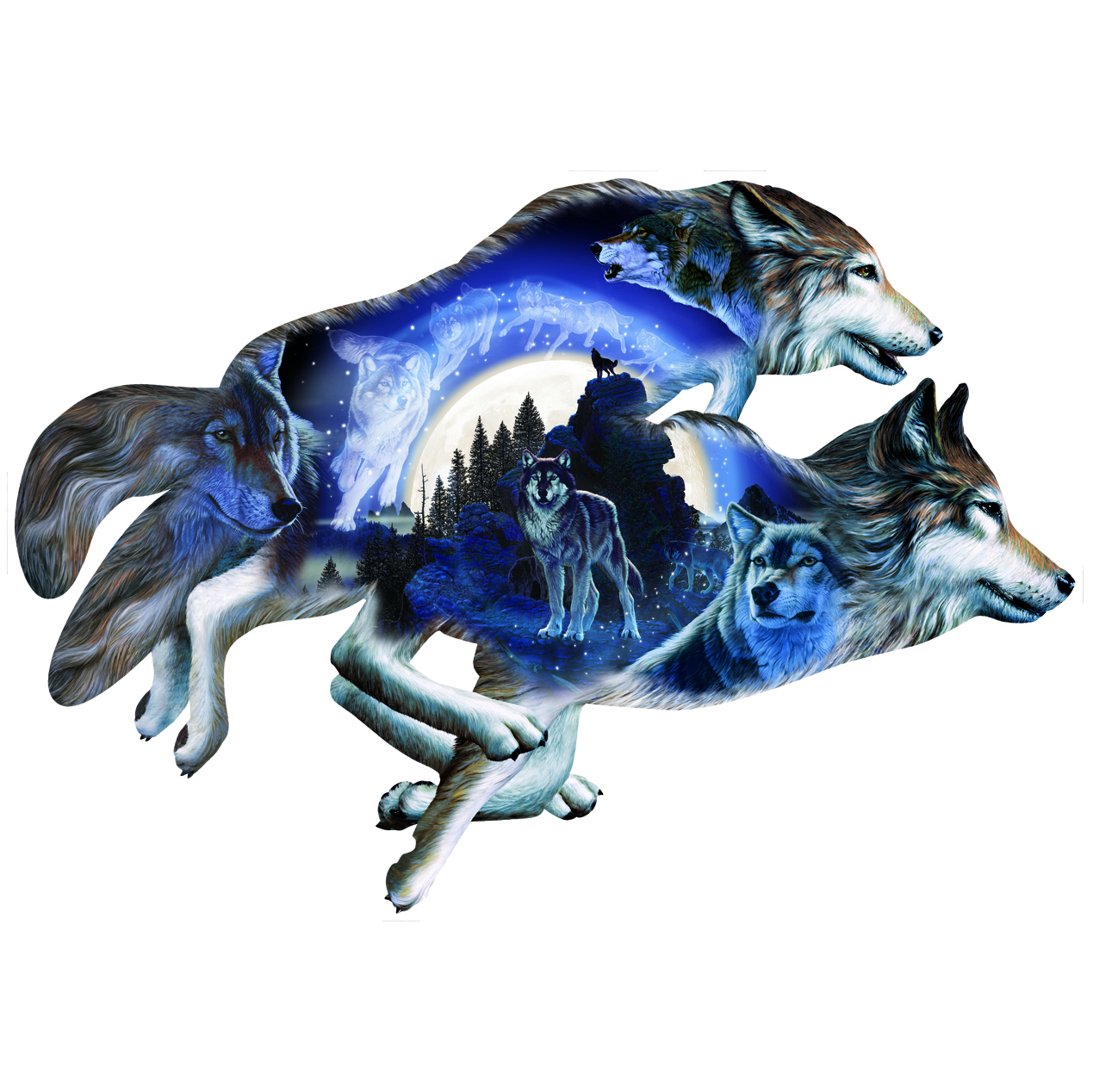 During 10-minute breaks at my job at the time, I would sit at a coffee table and piece-by-piece put this puzzle together. It was a massive undertaking. There were hundreds of pieces, and most of them had extremely minimal detail, being nothing more than swatches of (mostly blue) color. For weeks, I would color-sort the pieces, churning them around in giant piles.

My co-workers would place a piece or two, but most of them would throw their hands up at the 'impossibility' of finishing a large, weirdly shaped puzzle with such tiny pieces. At one point, the custodian put all the loose pieces back in the box, and I had to color-sort them all over again! I surprised even myself when 4-5 months down the road, I put the final puzzle piece into place.

In that moment, I realized that if I could complete a giant wolf-shaped puzzle, I could probably do anything if I just persisted and applied myself. I decided on the spot that I wanted to teach myself to program and get a job as a developer.

Up till that point, my experience with programming was limited to my high-school knowledge (by then, already very, very outdated) of HTML, and some dabbling in game programming on my Dad's old MS-DOS computer. I'd majored in humanities in college, and worked exclusively in non-profits up to that point. So the decision to be a programmer came from out of left-field. I knew that it would be pretty challenging at first, but in a way it didn't matter, because of my confidence in the power of persistence.

In the five years since that decision, I've made the time to study web development on-and-off (primarily using freeCodeCamp, one of my favorite learn-programming resources!), during lunch and work breaks, periods of un- or under-employment, late into the night. And I'll never stop learning! In my learning journey, there are many moments where I get stuck and start to feel despair. "I've been working on this test for 3 hours, and I still can't get it to pass!"

What gets me through those moments is remembering to take a deep breath, and get a drink of water. Sometimes I'll rest for a day or two, come back to it again with fresh eyes, skim the documentation again, and realize exactly what mistake I was making. Persistence for me is similar to patience. That means not giving up even when I can't imagine a way forward.

It also means being okay with the idea that good things take a long time to learn. Sometimes I think to myself, "Maybe I could have accelerated this whole process by taking out loans to get a Master's in Computer Science, or going to a coding bootcamp." On the other hand I think that perhaps in these last five years I've been building a strong foundation of persistence that I wouldn't have received in any other way. Now I know with reasonable certainty that I'd enjoy a career in Computer Science, since I've spent plenty of my precious free time teaching myself. I guess you could say... I've learned to love whatever I do!...

(This is kind of a long blogpost, and is well past the word limit on Public Lab research notes. You can read the rest cross-posted here: https://noi5e.hashnode.dev/intro-and-core-values-outreachy-and-public-lab-internship-blog-1)

This is such an amazing blog! You have a great origin story lol! (like a superhero)..It's a pleasure to contribute with you on PublicLab! I really admire the work you're doing with the tests!

Thanks Ruth, I feel the same! Learning a lot from you! @noi5e Salamat! Resonating with @ruthnwaiganjo comments! We should totally connect about your kulintang practice (you can find my email on the staff about us page). Over the years I have been compiling books from the Philippines and North America on our incredible biodiversity, cultures, and socio-political histories that have made the ecosystems to the status they are today (critically endangered). I thought you might appreciate this video about our beloved háribon: https://www.youtube.com/watch?v=-JP-zoBLyWE

We are so fortunate to have you as our Outreachy Intern! Welcome!

@amocorro Thank you!! What an amazing bird. It's good to meet another kababayan here!

Hi @noi5e I loved this post -- the longer version even more! I'm also v into bicycling, and just need to fix my front tire before going out in the snow later today, i hope! Usually i'm on a single-speed cross bike but this weather is a bit rough even for it (just had a snowstorm).

Impressive range of careers -- i'm looking to get into fishing and crabbing myself with a couple fish-related projects upcoming. But i'm a beginner -- my early years i spent a lot of time chasing crabs around in marshes but almost none fishing, and i really want to catch some mackerel.

Super appreciate your wolf puzzle story, the beliefs and attitudes you're bringing (esp. beginners mind!!) and we are very grateful to have your time and care on this team. 🎉 💥

@jywarren Thanks for the warm words BTW! Must be cold in Rhode Island these days. Super curious to hear about your fish projects!