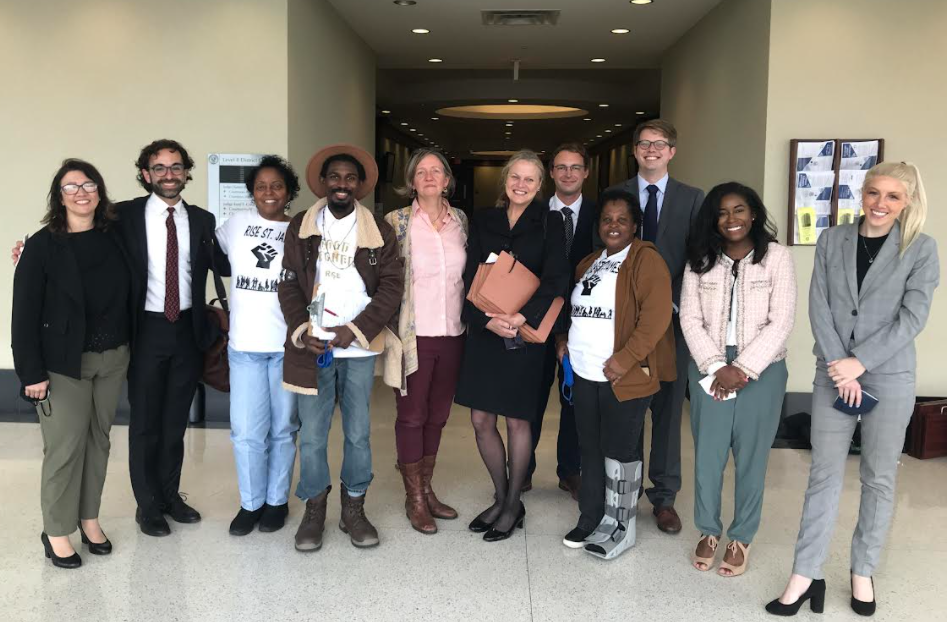 The St. James community urges LDEQ to deny Formosa additional air permits, which would certainly cause an increase in toxic pollution, in what is already one of the most highly polluted parishes in the country.

This year, EPA plans to start surprise inspections of industrial polluters as well as add air monitors across the state. Increased monitoring and inspections comes on the feels of repeated violations of air quality violations by plastics facilities throughout St. James. For example, the Nucor plant emitted sulfur gas into the air nearly six years straight, before the issue was identified, harming unexpecting workers, churches, families, students, and teachers. Violations in Texas resulted in the corporation facing $334 thousand in fines for air quality violations. Another series of penalties resulted in $2.85 million in civil penalties for violations of the Clean Air Act, near Victoria, Texas. Workers, families, churches, businesses, school students, and school teachers were affected by the pollution.

Formosa has a history of building hazardous facilities, and has had hundreds of instances of noncompliance with safety regulations, around our nation by Formosa Plastics. The National Transportation Safety Board reported a serious Railroad incident that included a bad chemical fire at the Formosa's Baton Rouge, Louisiana plant in 1983, the same year that the Baton Rouge facility was built. The Texas Air Control Board cited Formosa's Port Comfort, Texas plant with 34 serious violations of poisonous VCM chemical releases into the air, which still continue today. Between 2000-2004, OSHA documented 48 serious violations of federal workplace safety and health regulations during the Port Comfort, Texas plant expansion and maintenance.

The U.S. Chemical Safety and Hazard Investigation Board even utilizes Formosa's incidents in their training videos today! Court cases where Formosa also lost millions in include Formosa Plastic USA vs Presido Engineers and Contractors, Inc. that awarded Kajima International, Inc. for quantum merit, attorney fees, and damages from the contractor's contracts. Simply put, Formosa is not a good decision for St. James Parish or the state of Louisiana.

I plead with the court. Please do not grant Formosa an air permit. Please protect the workers, the families, the churches, the businesses, the school students, and school teachers of St. James Parish. 1159 notes
created by TravisLondon 11 months ago

26 notes
created by TravisLondon 11 months ago